A young woman, Fiorella, the fourth generation of emigrants to the American continent, a succesful fashion model, returns to Sicily from where her great-grandparents emigrated in 1910. She wants to research and investigates the story of her family and of the Great Italian migration that, at the turn of the 19th and early 20th centuries, brought more than five million Italians to the American continent. Fiorella meets a magical theatre and a company of street artists. Following those artists Fiorella also does a a journey to rediscover a part of her identity, unveiling also the most censored pages. The journey of those emigrants, who left to seek work and social redemption, becomes a metaphor for all the “journeys of hope” of the twentieth century. 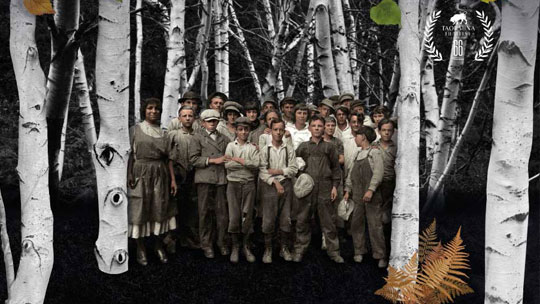 The Shameful Story investigates a page of italian History removed and censured. The emigration to the Ameericas of five millions italians. North and South. I looked for historical and audiovisulas sources that explain the reasons, following the red thread along the “magic” present in the Sicilian peasant culture of the early twentieth century, and the “real” represented by work as a conscious redemption from the poverty and a yearning for freedom of millions of Italians. With a fundamental question: Why have we forgotten?
Nella Condorelli