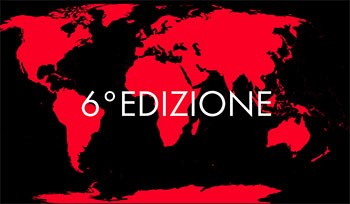 Monday, September 21, the Award Ceremony of

The founder and director of the Festival Francesco Bizzarri and the artistic director Maurizio Nichetti launched and presented during the 5 days (17-21 september) in live streaming from a specially equipped television studio a rich program, available for free, of roundtables, panel, masterclasses, 30 Italian and international documentaries’ premiere, and Visioni Incontra, the Industry section of the Festival conducted by Cinzia Masòtina.

“A precious example of both intimate and radiographic cinema. More than ever before here the adoption of the point of view, for its wise modulation of distance, becomes a prodigious narrative device. The director succeeds in the poetic enterprise of literally disappearing behind the camera and sets up a portentous portrait of childhood and diversity through the choice of a memorable character. Moreover, it is a true “vision from the world” as it also manages to unite the worlds, Italy and China, and makes it a message of beauty beyond our fears, our faults, our loneliness”.

“An admirable fresco that combines an idea of the search for reality and its exact opposite, that is, the imaginary of mystery. Making linguistic operation, as well as pure testimony, the film has the merit of levitating, in the great construction site of its many years of construction, as an attempt to reconstruct the future, spying on the secret sides of the present. Visually speaking, it has its own internal coherence that makes it a vision from the world, yes local, but also deeply universal”.

“For its ability to start from the particular story of a school class, to get to tell the universal value of human life”.

Special mention of the Youth Jury to “PAPERMAN” by Domenico Zazzara.

“For the ability to stage through a micro-history a macro-history; that is the overcoming of physical and psychological limits. The ability of a man to transform a point of fragility into an opportunity for change and personal growth”.

“To have captured, through the lens of the cinema, the feeling of the present”.

INTERNATIONAL CONTEST “Storytellers of our time: a mirror into the future”

“For the courage with which the three women directors have explored the illegal logging market, leading us to discover realities unknown in countries like Romania or dangerous as in Peru where people are killed for that illegal market. You think about illegal logging and you think about the Amazon, but this courageous film, full of precise details, brings the problem much closer to home and to the European reality”.

Special mention by the International Jury to “BANKSY, MOST WANTED” by Aurélia Rouvier and Seamus Haley.

“For his style and thriller-like manner in which he brings attention to Banksy’s character, with interviews and an analysis of the art market not only as a commodity but dense with a serious political message, captivating the viewer to the full on the potential revelation of the mysterious Banksy”.

Contatta il distributore
We use cookies to ensure your best experience on our website. If you visit our website we assume you are happy with it.Ok