Hmad is a child forced into a wheelchair because he was born with spina bifida. Born in Syria in the city of Afrin, four years ago his daddy put him on his shoulders to escape the war with his whole family. Having first taken refuge in Iraq, the family had to split up. The mother stayed in Iraq with two children, while the father undertook with Ahmad and his brother Falamaz an endless journey that ended at first in Switzerland, in Giubiasco. But their footprints had been taken in Germany and then, in accordance with the Dublin agreement, after almost 2 years of happy stay in Giubiasco, Ahmad and Falamaz are expelled and placed with their father in Germany. A group of Ticino mothers have not forgotten them and a struggle begins to give an answer to the question that the child asks himself every day: “When does mummy arrive?”. 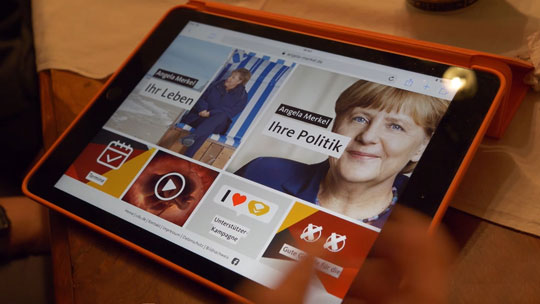 “I believe that Ahmad’s story is a mirror of the absurd theatre in which Europe has become a protagonist in the recent history linked to migration. When a child is deprived of his or her maternal presence by dehumanizing laws, the Convention on the Rights of the Child, flaunted by almost all European countries, seems to become waste paper. But once again I am surprised at how love, in this case that of a group of mothers, manages to illuminate the darkest situations, transforming Ahmad’s story into a message of hope.”
Stefano Ferrari