THE WINNERS OF THE 8° INTERNATIONAL DOCUMENTARY FESTIVAL VISIONI DAL MONDO 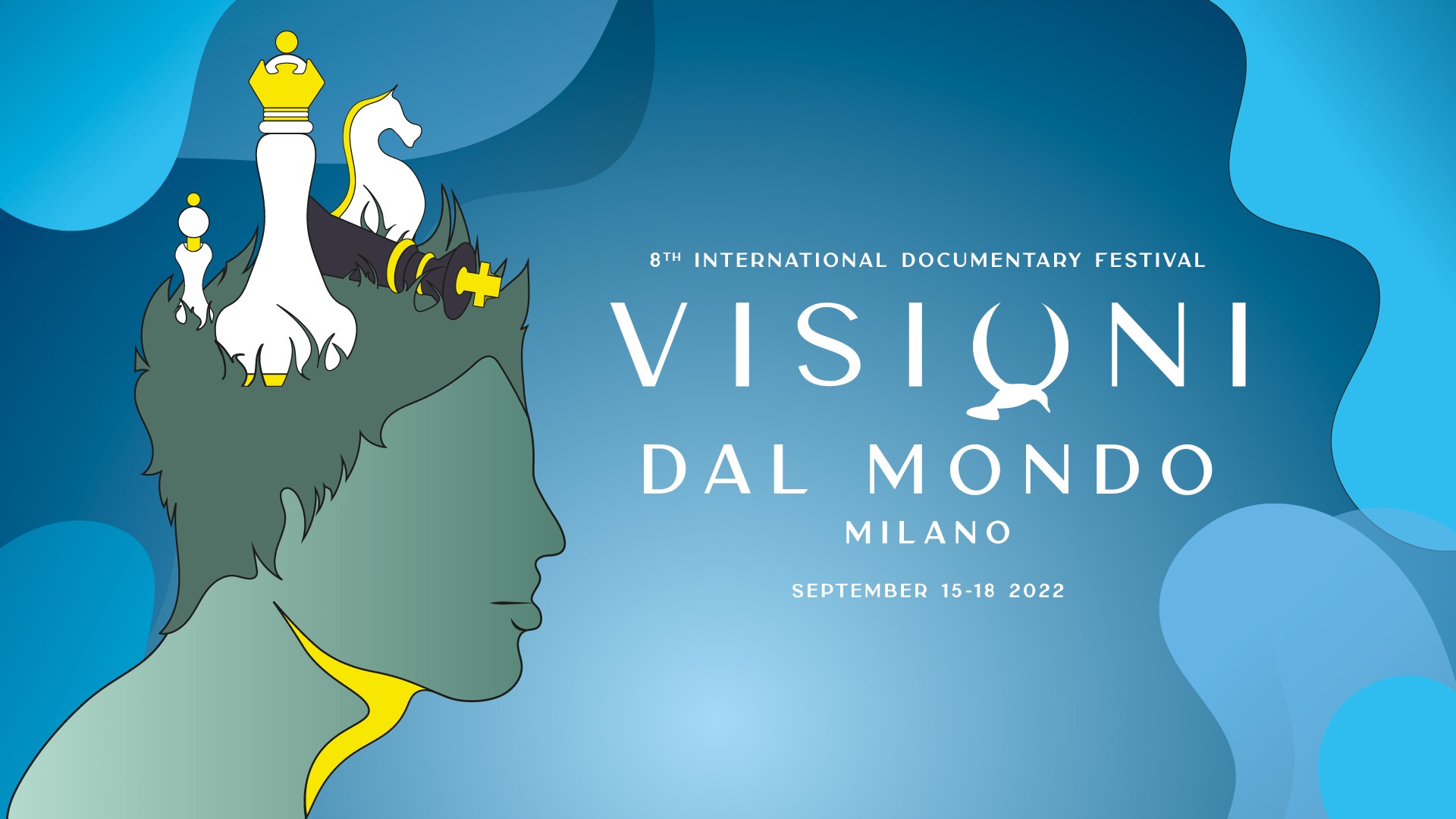 THE WINNERS OF THE 8TH INTERNATIONAL DOCUMENTARY

VISIONI DAL MONDO AWARD 2022 BEST INTERNATIONAL FEATURE DOCUMENTARY TO “WITH THIS BREATH I FLY” BY SAM FRENCH AND CLEMENTINE MALPAS;

Francesco Bizzarri, the president of the International Documentary Festival Visioni dal Mondo, and artistic director Maurizio Nichetti close with great pride the eighth edition of the annual appointment with the cinema of reality: a special edition that took place in Milan, at the Teatro Litta, the Multisala Eliseo and the Leonardo da Vinci National Museum of Science and Technology; and online on the Festival’s official website www.visionidalmondo.it through the web theatres of the Italian streaming platform MYmovies.

The Best Italian Feature Film Award Visioni dal Mondo 2022 worth €5,000, awarded by respected jurors such as director Luca Lucini, actress Amanda Sandrelli and film critic Giancarlo Zappoli, goes to “Il tipografo” by Stefano Pasetto. Motivation: It is a very interesting work both as a testimony and as an opportunity to reflect on a complex period of our recent history especially considering that what happened is presented with a multiplicity of testimonies that are not necessarily univocal.

The BNL BNP Paribas Visioni Dal Mondo 2022 New Talent Opera Prima Prize worth €2,500, awarded by a jury composed of students from the faculties and film schools of Milan Civica Scuola di Cinema Luchino Visconti, IED – Istituto Europeo di Design and Centro Sperimentale di Cinematografia, goes to “Una Volta Ancora” by Giulia Di Maggio. Motivation: For the sensibility and intelligence shown in being able to understand the documentary not as a mere observation of reality but as a testimony of an inner vision of a place in its many facets. We reward the ability to give the audience empathy for objects, animals and people indiscriminately, transmitting great tenderness. Refined is the synergy created between image and sound, testifying to a clear directorial awareness.

The Rai Cinema Award, dedicated to Franco Scaglia, goes to “Genius Loci” by Matteo Faccenda. Motivation: for having been able to capture through the essence of cinema, a universe of worlds, cultures and traditions, which condense the uniqueness of human nature in a transversal journey between spirituality and matter.

The Visioni Dal Mondo 2022 Best International Feature Documentary Prize worth 3,000 euros, awarded by an international jury composed of Pnina Halfon, director of CoPro24 the Israeli Market, Björn Jensen, producer and consultant with his company Ginger Foot Films and producer Stefania Casini, goes to “With This Breath I Fly” by Sam French and Clementine Malpas. Motivation: Incredible and moving portrait of two Afghan women imprisoned by patriarchal Islamic law who try to gain control over their lives. The two filmmakers had incredible access to the protagonists and the prisons of Afghanistan and created this compelling cinematic documentary against the restrictions on all sides.

The Visioni VR 2022 Prize awarded by the popular jury goes to “Genesis” by Jörg Courtial.

the Official Jury awarded ” Innesti ” by Sandro Bozzolo, for the Italian Feature Film Contest category with the motivation: a beautiful story, which begins with a father on a tree and a young son filming him with his new video camera. An original gaze, that of the boy, which delicately, poetically and without the need for sentimentality and emphasis, recounts our relationship with nature and, with an ancient and moving modesty, the passage of the baton between two generations. The skilful use of editing and music and the perfect narrative balance take us inside those woods and into the beautiful soul of those who do not want to let them disappear, of those who do not stop caring, daily, for nature and themselves. And it leaves us with the hope that our children can do better than us, especially if we know how to transmit love, care and kindness of spirit to them.

The Students’ Jury awarded “Rent strike bolognina” by Michael Petrolini, for the Italian Feature Film Contest category with the following motivation: for having tackled the topical and universal issue of the right to housing with a light-hearted and non-superficial vision, entering into the lives of varied and intriguing characters and reminding us spectators how cinema can and must also have a political function outside politics itself. The same jury awarded a special mention to “One more time” by Tommaso Montaldo, for the category New Talent First Work in Italian Contest with the motivation: for having transformed the observation of reality into an epic narration, for having rendered the urgency of pushing one’s own limits. Dragging the spectator with it. A true shared dream.

The International Jury awarded Simon Panay’s “If you are a man” the special mention with the motivation: a beautiful and compelling cinematic story of a young African working in the gold mines to finance his future employment. The slow and poetic pace of the documentary reflects rural life in Burkina Faso and tells a powerful story of a lost childhood.

For the Visioni VR contest, the following special mentions were awarded:

Ex aequo “Genesis” by Jörg Courtial and “Replacements” by Jonathan Hagard who received the special press mention awarded by the quality jury composed of Nicola Baroni (La Repubblica), Giada Borioli (Grazia. it), Federico Cella (Corriere della Sera), Katia Del Savio (Mi-Tomorrow), Stefano Gallarini (Radio Monte Carlo), Erika Gherardi (Tech Princess), Marta Meli (Sky Tg24), Marco Paretti (Fanpage), Stefano Priolo (Wired), Gian Luca Rocco (Mediaset), Luca Tremolada (Il Sole 24 Ore), Sara Valente (Il Giorno). Motivations, for ‘Genesis’: Throughout the entire viewing, the director succeeds in making the viewer feel truly present during the creation of the World. Genesis is in visual language exactly what one would expect from a new media: a way of telling stories that can otherwise only be imagined; for “Replacements” the motivation: the cartoon technique played a fundamental role in this short film, making it totally unexpected. Virtual reality is not used to amaze but to convey: thanks to an interesting use of 360° filming, the director made every single point of the scene an important detail for the narration and skilfully had the ability to tell an intense story without the use of words.

“Genesis” by Jörg Courtial receives the special mention of the content creators, awarded by the quality jury composed of Tommaso Cassissa, Chiara Cazzamali, Alessio Ferrantino, Stefano Guerrera, Stefano Maiolica, Andrea Moccia, Elisabetta Roncati, Matilde Silvestri, with the motivation: a documentary in which form is the substance, extremely engaging both in the images and thanks to the narrated voice. It proves capable of exploiting the full power of virtual reality to condense what has happened over millions of years into a few minutes. An extremely immersive sensory experience.

in Milan from 15 to 18 September and online at www.visionidalmondo.it