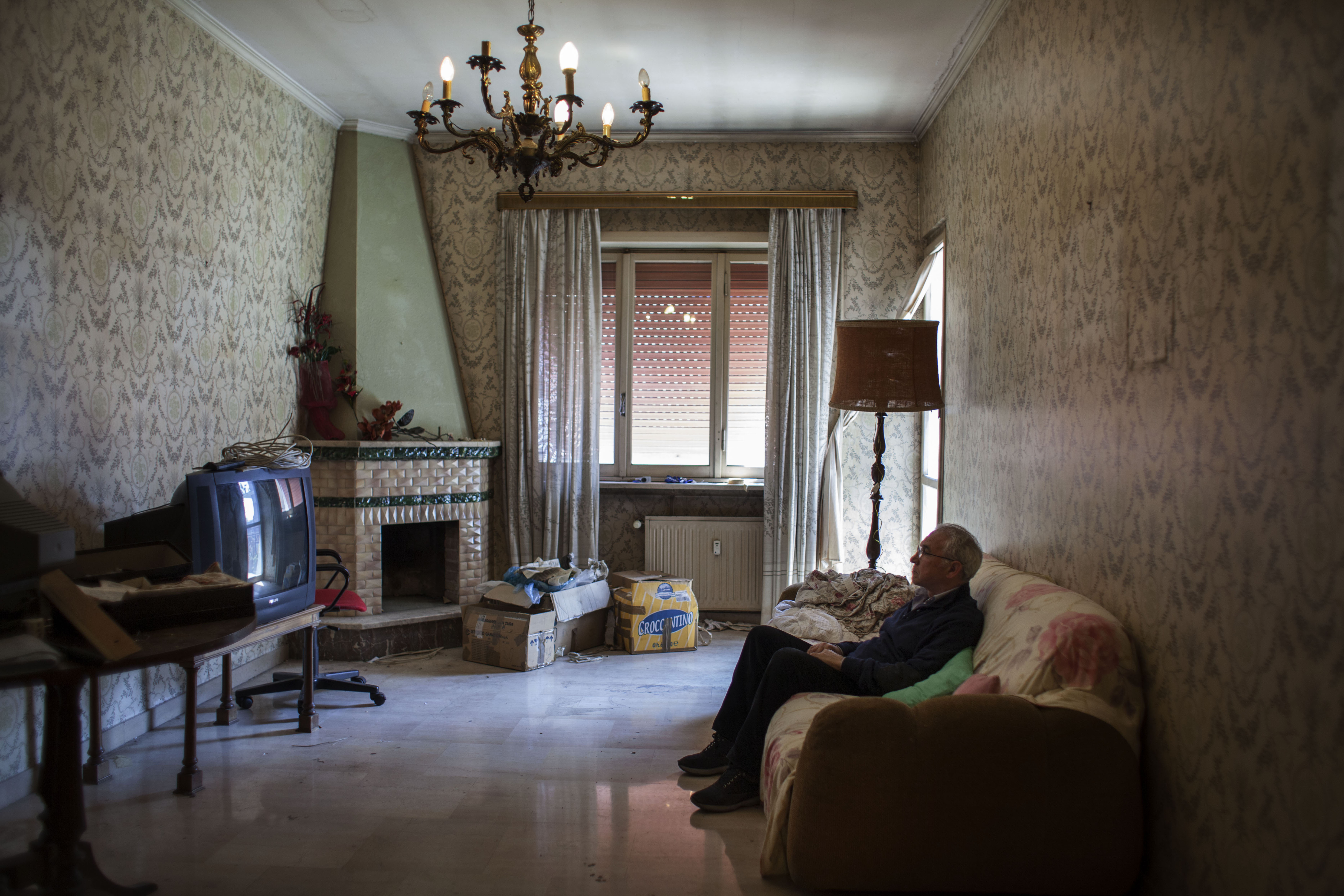 The Aesopus fairytale tells that, when summer ends, the provident ant will pass a good winter, the cicada that has squandered everything instead will die for cold. But what happens if the wheat beans put aside by the ant are no longer sufficient to face the winter? The cicadas is an intimate journey in the life of those who, already retired or ready to retire, find themselves still struggling to survive, because the welfare state is no longer enough to guarantee a serene “age of rest”.

“In 2009, with a small camera, we recorded interviews in an apartment building in Rome, Cinecittà district. It was a case of evictions, with the peculiarity that the letters delivered by “expiring of the lease agreement” were addressed only to the elderly tenants of the building. The owner had carefully chosen the most fragile subjects. Eight years later we felt like going back to that building and making a story about the life of the elderly in Rome during these difficult years of crisis. Some of them died, others left, some remained. The characters we have chosen all have a common denominator: despite the difficulties nobody has given up.” (Emiliano Mancuso, Federico Romano)