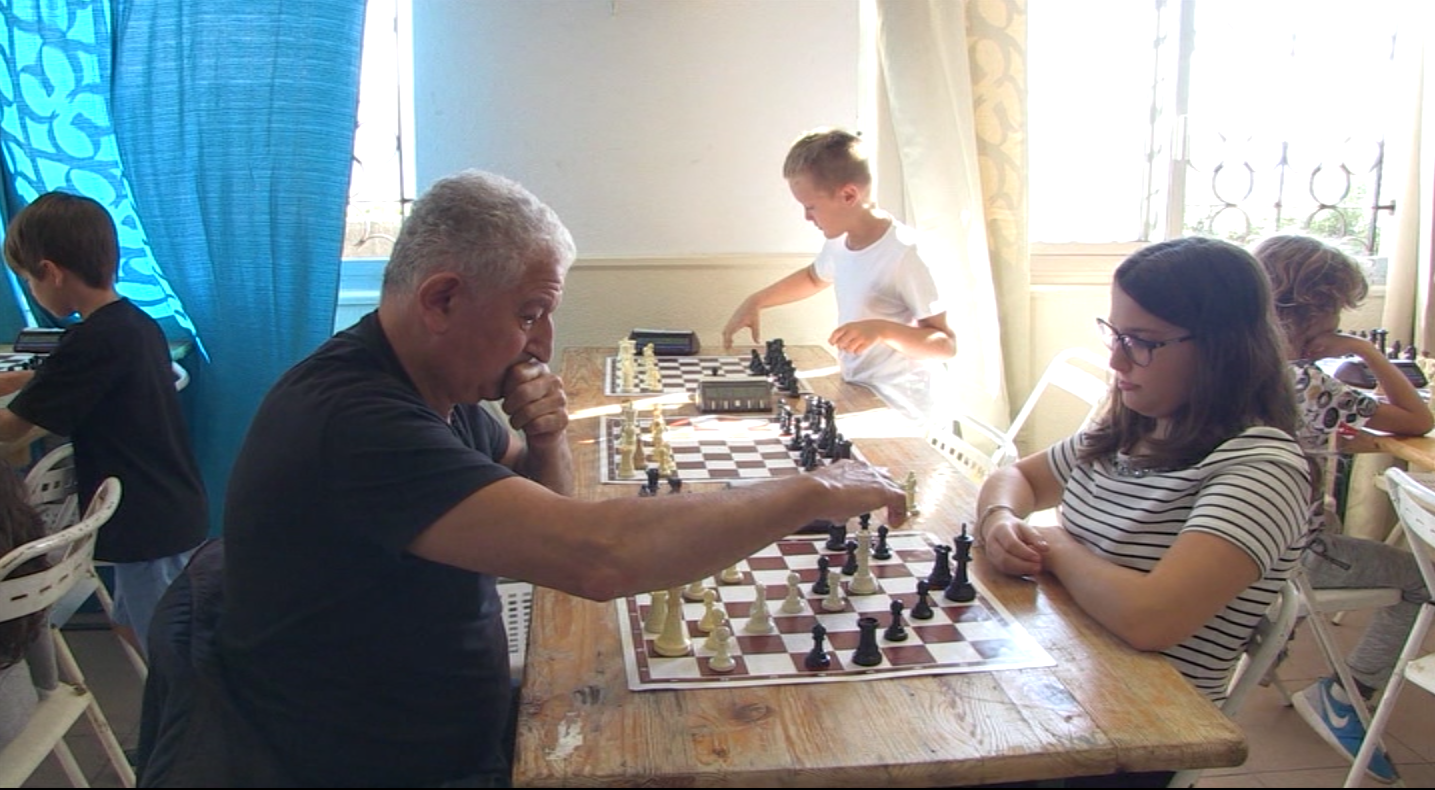 Albert, fourteen years old, is already a very well known chess player, numerous times winner and French champion for his category, he is monitored and supported in every victory by his couch Pierluigi Piscopo.
Pierluigi, an Italian, moved to Corsica to train Albert. Regardless of the different origins and stage of life, the passion for chess unites them, turning them into an exhilarating pair that goes well beyond the study of chess.

During the end of summer 2017, I followed a training in documentary direction. The aim of the training was to create a film about the theme “silence”. The idea of ​​filming silence made me think about chess. A game that teaches, even before moving the pieces on the board, the concentration and, therefore, the silence that it requires. These details fascinated me, but even more the  chess attracted me as a passion going beyond the game itself but influencing all aspects of life. (Noemi Salonia)