Masterclass and Round Table

“From the school to the screen: a research on the documentary’s methods and teaching practices”.
Saturday, October 8 – Room 1 – 10:30 am

The meeting is organized in collaboration with the Civic School of Cinema Luchino Visconti.

A TRIBUTE TO PIETRO MARCELLO

TRIBUTE AND MASTERCLASS WITH PIETRO MARCELLO

The masterclass hold by the famous director Pietro Marcello, is coordinated by Paola Malanga (deputy director of RAI Cinema) and by Fabrizio Grosoli (artistic director Visioni dal mondo, immagini dalla realtà).  The Masterclass is preceded by the screening of ‘Il Passaggio della Linea’, presented by Pietro Marcello at the 64th Venice film festival and nominated for best documentary at the 2008 David di Donatello. The Pietro Marcello marathon continues with Umile Italia 9×10 and by Bella e Perduta. During the closing ceremony of the Festival, Sunday evenong, the 9th, Pietro Marcello is awarded with the Unicredit Pavilion recognition for his work. 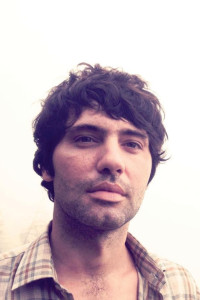 Peter was born in Caserta in 1976. From 1998 to 2005 he worked as an organizer and programmer at the Damm of Naples and in those years he made his first short features films, Carta and Scampia and the documentaries Il Cantiere e La Baracca. In 2007 Pietro brigs to the Venice Festival, in the Horizon section, Il Passaggio della Linea. In 2009 he directs his first feature film, La Bocca del Lupo (The Mouth of the Wolf), that wins the Turin Film Festival and get, among others, also the Caligari Prize and the Teddy Bear at the Berlinale.In 2011 Il Silenzio di Pelesjan (The Pelešjan’s Silence), is the special event at the Venice Film Festival. With the independent production company Avventurosa, born for the project La Bocca del Lupo (The Mouth of the Wolf), in 2015 he produces the movie Bella e Perduta, presented for the first time in competition at the Locarno Film Festival.