A breath of water 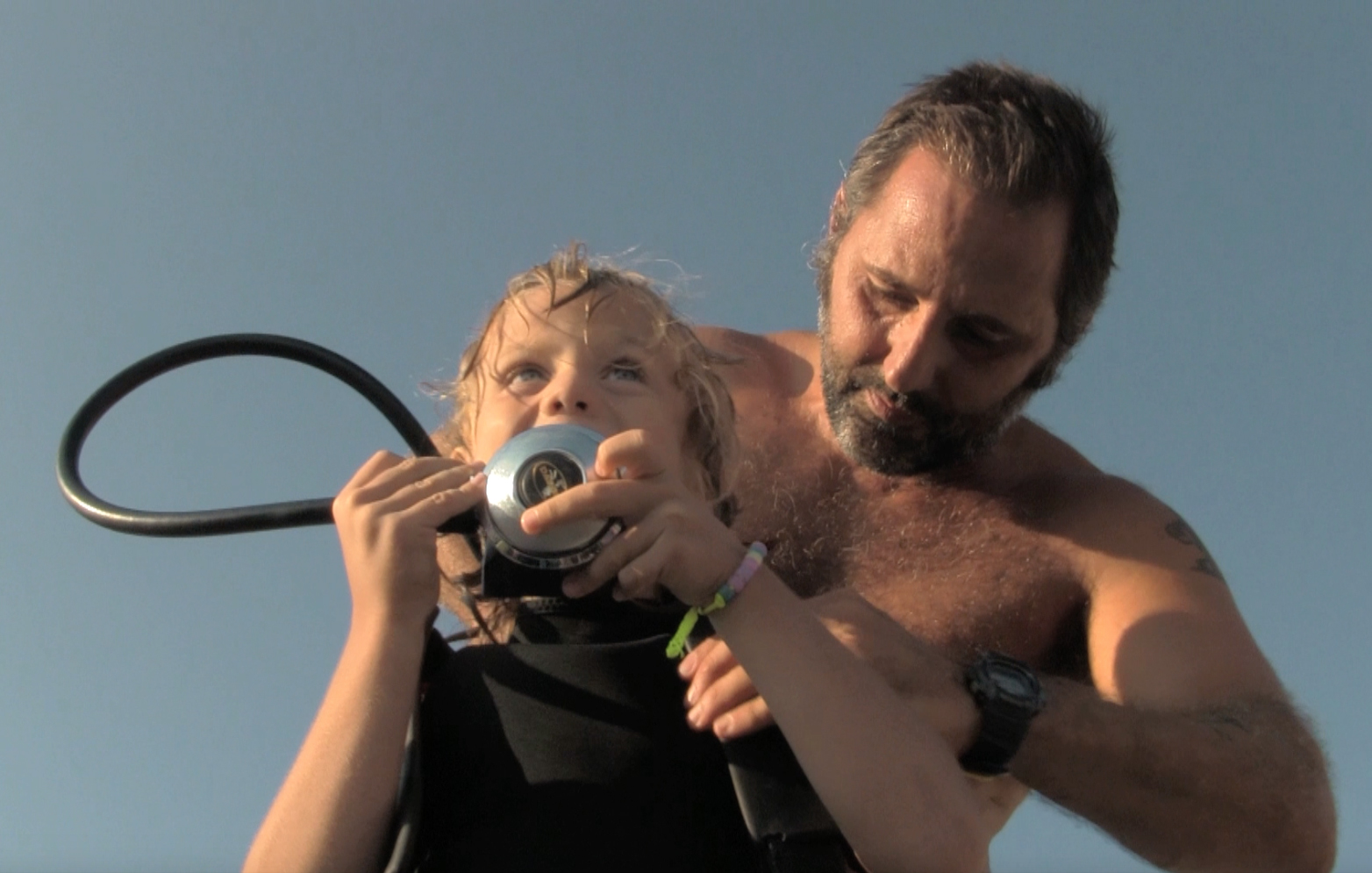 Mauro is a diver with a peculiar job: he works at great depths under the oil rigs in the middle of the sea, and lives in a small hyperbaric chamber for most of the year. In his free time, he likes to teach his little friend Milo how to dive, communicating him his passion for the sea and its legends. We follow Mauro, while working underwater in a Libyan sea oil rig, and when he realizes to be sick and tired of such life, and that he wants to dedicate his future to recover the sunken ships: his childhood dream.

“Mauro attracted me not only for peculiar job but also for his passion for the sea depths and its legends. I wanted to match a realistic dimension with a surreal one and when Mauro started telling to  his young friend Milo,  about his work and the legendary stories of the sea, I realized that this relationship was the right direction for the documentary. The child’s point of view became fundamental. ” (Claudia Cipriani)