Se Potessi Tornare (If I could go back) is the story of Maria, a witness of justice who quit the mob. Married to an ‘Ndrangheta boss, she decided to cut loose and set herself and her baby daughter free. Maria entered witness protection due to the violence and criminal activities she had unwillingly witnessed as committed both by members of her own family and her husband’s. She turned into a key accuser in a trial which brought more than 100 mafiosi to justice in Piedmont, in the North of Italy. Since then, Maria cannot visit her places of origin again. This film gave her the possibility of virtually going back, through a VR headset that displayed 360 images shot by the authors both in Calabria and Piedmont. 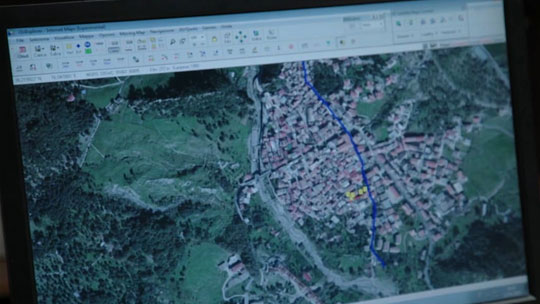 “The fulcrum of the documentary is the “trick” which allows, through 360° videos, to bring the protagonist on those places of which she was debarred. Maria immersed herself in the tell, allowing access to the most emotional aspects of her story – an intimate tell that reflects with no filters the various tragic episodes of her life. What emerges is a vivid, heartbreaking storytelling which moves consciousness. It’s a strong denounce of the dreadful conditions of women born within the ruthless ‘Ndrangheta syndicate.”
Manolo Luppichini