The Leonardo da Vinci National Museum of Science and Technology

American evangelists provide military training to Burmese soldiers in order to convert them. A dive in a renewed form of colonialism.
In the heart of the burmese jungle, a civil war has been raging for decades and exhausts ethnic minorities persecuted by the central government. A group of evangelical and paramilitary Americans seems to be the only people who tackle the issue of the oppressed minorities.
But under the guise of helping these populations, the military support and the ideological and religious conditioning they provide reveal that the group of American volunteers serve other purposes. 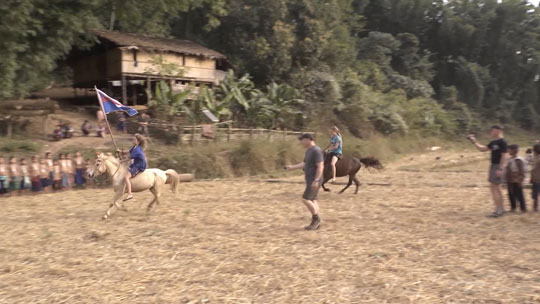 After meeting randomly in India the founder of this underground evangelical and paramilitary organization, we realized we had a very privileged access to a striking example of an almost unspoken though most influential matter in today’s world issues: the ongoing Neo-colonialism. For us, French people and world travelers, it stands for our national history that broke up many colonized countries and for the current renewed forms of colonization that we have been witnessing in the world.
Reyes Laurent