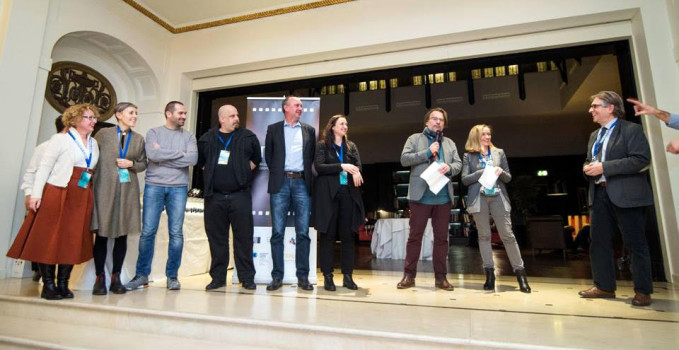 “The Champion” after “Visioni Incontra”

“The Champion” wins a financing from RE-ACT

“The Champion” one of the work in progress pitched in Milan, last october, at the industry section of the ‘A Window on the World-Images from Reality’ International Documentary Festival has been awarded a grant for  co-development by RE-ACT.

“The Champion” is produced by Studio Border (Trieste) and tells about the extraordinary history of the centenarian athlete Giuseppe Ottaviani, marathon world champion

During a brief ceremony held in the framework of the annual When East Meets West Co-production Forum in Trieste, the representatives of the Croatian Audiovisual Centre, the FVG Audiovisual Fund and the Slovenian Film Centre, the three cooperation partners who fund the  audiovisual transregional RE-ACT, announced the six winners of the financial support for projects in co-development. Among them “The Champion”.