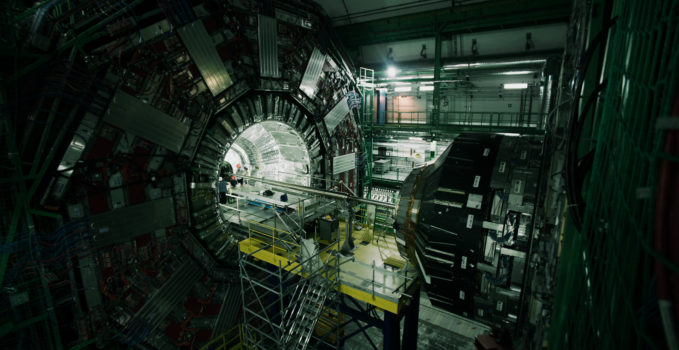 Among the long-awaited previews at the Festival…

Il senso della bellezza by Valerio Jalongo, coming soon to the theaters, distributed in Italy by OFFICINE UBU, will open the publicly accessible projections on Thursday, 5th of October. The documentary is a story about an unprecedented experiment in which scientists from all over the world collaborate around the biggest machine ever built by humans to discover the mysteries of the universe, namely the particle collider LHC (Large Hadron Collider). The documentary creates a comparison between art and science and shows how scientists of the CERN on the one, and contemporary artists on the other hand, lead us into their quest for the truth. Everybody heeding an elusive or seventh sense… the sense of beauty;

A Better Man by Attiya Khan and Lawrence Jackman, the autobiographical film about domestic abuse. Illuminating a new paradigm for domestic-violence prevention, A Better Man offers a fresh and nuanced look at the revelation that can happen when men take responsibility for their abuse. A story that wants to unleash a debate on trauma, healing, justice and the necessity to increase resources for the persons that go through violence and for those who are violent themselves;

Pre-Crime by Monika Hielscher and Matthias Heeder, the film that investigates on the most innovative technologies which are used by law enforcement trying to foil crimes and spotlights the stories of innocent people which were investigated, putting a question to the spectator: how much freedom are we prepared to give up for the promise of total security?

Taste of Cement by Ziad Kalthoum that tells the absurd situation endured by some Syrian construction workers who are twice victims of a hopeless and senseless situation: why build buildings and skyscrapers, if those walls will turn to ashes as soon as the bombing starts again?;

RUMBLE – The Indians who rocked the world by Catherine Bainbridge and Alfonso Maiorana, distributed in Italy by I WONDER PICTURES, the documentary that unveils how much the Native American culture has influenced the history of music despite of prohibition, racism and censorship;

Italiani – Elio Fiorucci by Ai Nagasawa, with the screenplay written by Ilaria Dessi, is a documentary produced by Rai Storia which tells the story of an eclectic personality and the world he represents with an introduction by Paolo Mieli. The name of a man, of a way to look at the world, of a entrepreneurial project which has changed not only the history of Italian fashion.