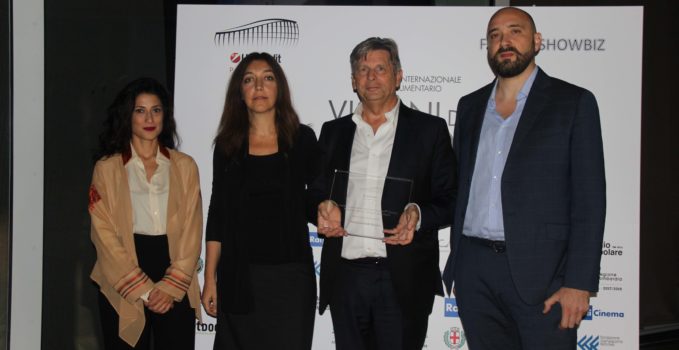 The winners of the third edition

Punishment Island by Laura Cini and Shadowgram by Augusto Contento, the winning titles of the contest “Stories from the Contemporary World”

The 3rd edition of the International Documentary Festival A Window on the World, Images from Reality, the appointment with the Cinema of the Real organized by UniCredit Pavilion and the production company FRANKIESHOWBIZ, which took place in Milan from 5th to 8th october, also concludes with great success.

Four days, from Thursday 5 to Sunday, 8 October, devoted to the investigation and narrative of contemporary art through a rich programme of national and international documentaries premieres, meetings, events and masterclass open to the public with free entrance.

Over 30 titles are scheduled at A Window on the World, Images from Reality, which in the venues of the show, UniCredit Pavilion, Piazza Gae Aulenti 10, and the new headquarters in Viale Pasubio 5 of the Fondazione Giangiacomo Feltrinelli, welcomed more than 4,000 spectators.

Fatima Bhutto, the Festival’s Hosting Lady of the third edition, presents the closing ceremony and awards ceremony for the Italian filmmakers of the contest “Stories from the Contemporary World”, which took place last night at the UniCredit Pavilion.

The winners of the competition: