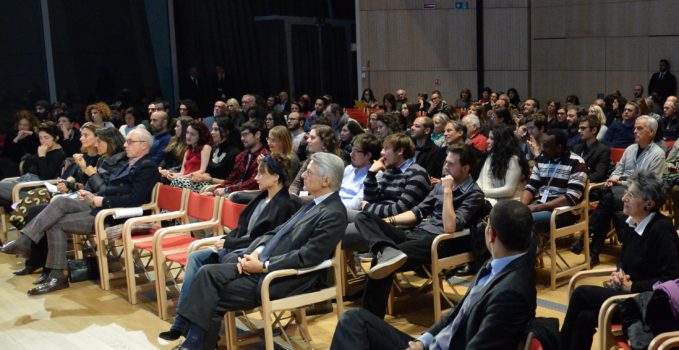 Career award for Leonardo Di Costanzo, protagonist of the Masterclass

Identity in movement, displacement, trajectories and stories that create encounters and debates about conflicting worldviews. Immigration and the loss of borders, dynamics of transfer, demographic shuffling. Wars, science and innovation, cybersecurity and Brexit will be some of the subjects of international actuality told and treated through the original narration of cinema of the real in the 3rd International Documentary Festival A Window on the World, Images from Reality, which will take place in Milan from October 5th to 8th in the UniCredit Pavilion.

The third edition of the Festival celebrates the great documentarist Leonardo Di Costanzo with an almost complete retrospective of his productions, honouring him with the Career Award handed to Gianni Amelio in the first edition and to Pietro Marcello in the second edition. The well-known Italian director who successfully represented Italy at the Quinzaine des Réalisateurs at the Festival of Cannes in 2017 with “L’intrusa” will meet the audience in occasion of the Masterclass scheduled at the 3rd International Documentary Festival. Among his films there were “L’intervallo” (2012), a film representing his debut in Fiction Film which is interwoven with his work method tested in his previous documentaries, presented at the 69th Venice International Film Festival in the section Orizzonti, awarded with the David di Donatello for Best New Director, the Ciak d’Oro for Best Picture and Best Debut and the Gran Premio given by the foreign press at the Globi d’Oro 2013, “A scuola” (2003), cross-section of the school life at a junior high school in Naples which has been selected for the section of Best Documentary Feature at the David di Donatello and “Prove di Stato” (1999), the portrait of the two first years of the mayor of Ercolano, Luisa Bossa, who he accompanied in the difficult daily task of institutional activity.

The 2017 edition of the International Documentary Festival A Window on the World, Images from Reality sets a full and articulate program:

The section International Panorama screens a selection of the most recent and best features in exclusive Italian preview dedicated to important themes of international actuality, directed by renowned auteurs and honoured with prestigious awards from numerous countries.

Among the titles in Italian preview:

Pre-Crime, directed by Monika Hielscher & Matthias Heeder, has been selected at important festivals such as Hot Docs in Toronto, DOK.Fest in Munich, Filmfest in Hamburg. What if planned murder could be prevented? Sophisticated software and special algorithms enable to identify a potential criminal or a potential victim. The dystopic fantasies by Philip K. Dick in his Minority Report came true, but what is the price we will have to pay? Is it possible to be accused for offenses that we have not committed? On a journey crossing the cities of Chicago, London, Paris, Berlin, Munich and other cities all around the world where those futuristic techniques are applied, Pre-Crime also points out stories about innocent people who have been investigated. The documentary asks the audience a fundamental question: how much are we willing to give up for the sake of security?

Taste of Cement, directed by Ziad Kalthoum, winner of the prestigious SESTERCE D’OR LA MOBILIÈRE, Best Feature Film, of Visions du Réel in Nyon, tells the story about the absurd situation of some Syrian workers who are forced to leave their country because of war. Accepted as refugees in Lebanon, where the conflict has recently been ended, they find themselves building skyscrapers in Beirut while, at the same time, their own houses are bombed right over the border. Far away from their home country, captives of the construction site in which they live and work on behalf of the Lebanese law, they cannot communicate with their families or come into contact with the world they are surrounded by. The workers live in a limbo without time references, between one war and another, twice victims of a senseless situation without possibilities to escape: why constructing buildings and skyscrapers even though those walls will turn into rubble as soon as there is a bombardment? The only certainty of the protagonists is that what they are building will be soon get destroyed by another war. A distressful perspective which becomes dramatically real due to the masterly editing which alternates images of a crane that builds with a tank that destroys.

Brexitannia, directed by Timothy George Kelly and selected at the Festival CPH:DOX in Copenhagen, shows the backstage situation of Brexit, the decisive referendum that has marked the contemporary history of Great Britain and Europe. Just before the historic vote which has left the whole world with bated breath, the director Timothy George Kelly has travelled across the United Kingdom to listen to the opinion of English citizens who are uncertain whether to vote ”Leave or Remain”. The documentary offers the bitter portrait of a profoundly divided nation where sentiments such as fear of globalization, trust in the institutions, concerns about change and hope for the future coexist. Brexitannia tells a powerful story without filters and prejudices with the capability to show live how history changes.

Main point of the Festival A Window on the World, Images from Reality, is the competition aimed for young Italian cineastes. The selected titles will be screened in preview at the Festival and compete for the following awards: UniCredit Pavilion Official Prize for 5.000 euro – assigned by definitive members of a jury who come from the sectors of cinema, culture and television – , UniCredit Pavilion Student’s Jury Prize of 2.500 euro – awarded by a jury composed of students of representative Milanese faculties and cinema schools – and the recognition of Rai Cinema that consists in the rights acquisition for the Rai channels.

The section Industry dedicated to Italian projects that are ‘works in progress’. Visioni Incontra, with invitation and exclusively devoted to the industry, offers the possibility to select Italian Documentaries that are still work in progress concerned with the contemporary reality. They will be presented in a pitch session in front of a professional audience (broadcasters commissioning editors, independent producers, distributors, TV buyers, sales agents and directors of Festivals). A committee composed of national jury experts will assign an award of 2.500 euro to the best documentary work in progress.

The section in collaboration with Rai Cinema, Istituto Luce-Cinecittà and independent producers in which will be screened some of the most significant documentary productions of the last years.